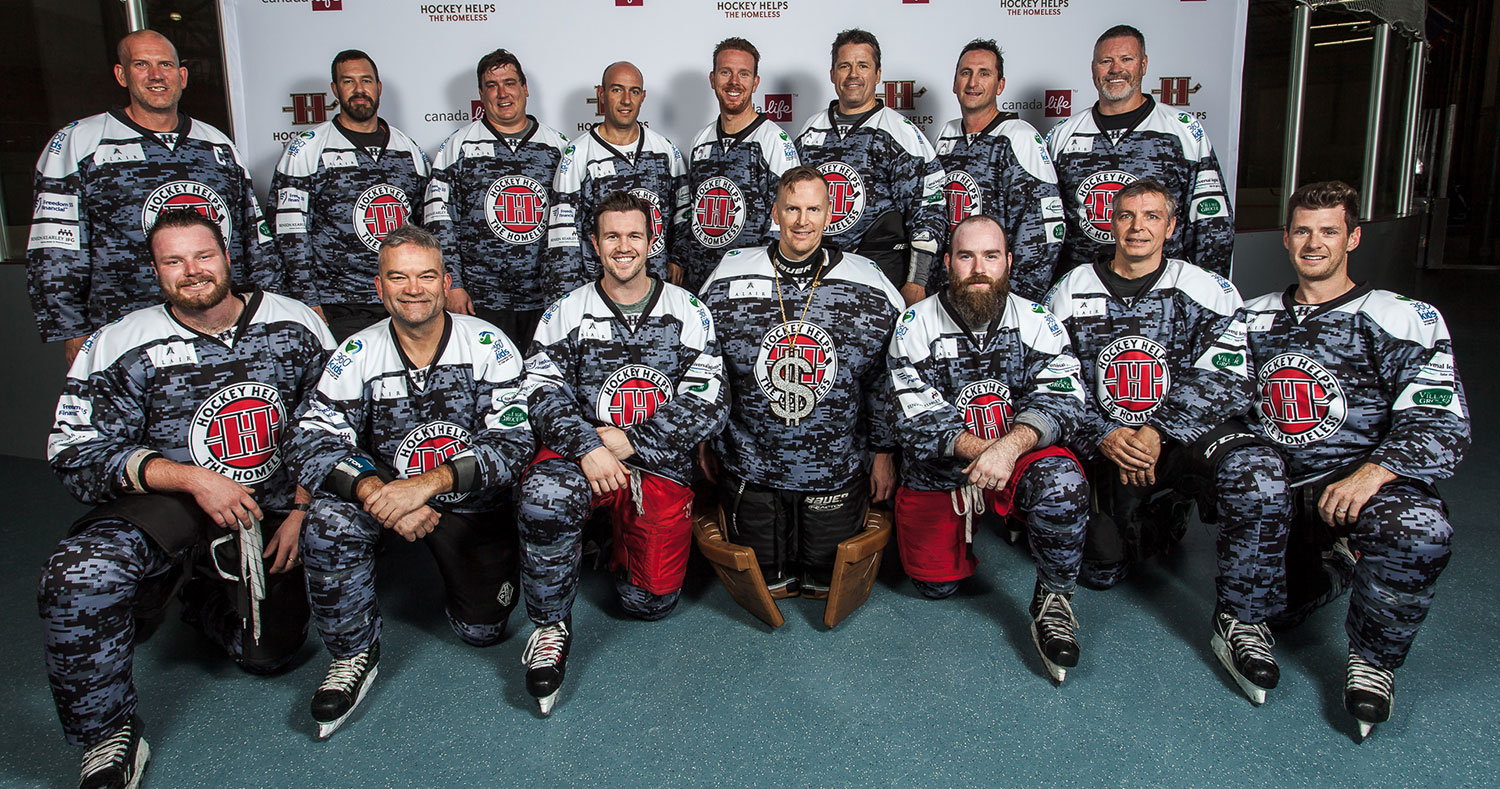 Alair Homes is heavily invested in making a positive impact in community building. Contributing to living better in the community is one of our outside goals for local residents in need. Plenty of heart and soul goes into community charity projects. We’re hugely passionate in supporting them.

It was in this spirit we hit the road to attend Hockey Helps the Homeless in the York Region.

Here’s what went down!

Who Are Hockey for the Homeless?

Hockey for the Homeless are a non-profit organization, aiming to help all homeless Canadian citizens, and those in need, have a warm and safe place they can call home. They aim to raise funds and awareness for the homeless by using Canada’s love for hockey.

The number of homeless Canadians in any given year is around 235,000. Although, in reality the figure is much higher due to not taking account of those staying with family or friends. On any given night in Canada, 35,000 people are homeless; around 6,000 are youths.

For the second year in a row, Alair Homes is partnering with Hockey For The Homeless. We’re passionate about this as it relates to what we do; building homes in the community. Living better starts here.

Hockey for the Homeless tournaments raise funds and awareness for those without permanent accommodation. On the day of the tournament, participants (either as a team or flying solo) can play alongside professional hockey players, including the likes of Glenn Anderson, Wendel Clark, Laura Fortino and Todd Bertuzzi.

Since 1996, Hockey for the Homeless have raised over $16 million, with 100% of the money raised invested locally. 12 hockey tournaments are held annually with amateur hockey players partnering with well-known professionals.

On November 15, our team headed to Angus Glen & Centennial CC for the York region hockey tournament. Our hockey pro was Owen Nolan and we’re  grateful for his stories as life as a pro. We played 3 games, won 2 and lost 1.

At the reception dinner, involving all those who took part in the tournament, our Goalie Chris Smeeth won the award for the highest individual fundraiser. The reception also featured kids who discussed their experience of homelessness and how 360 Kids has helped them – a very emotional presentation but it also resonated how we’re contributing to an amazing cause.

Our fourth stop this season was in our own backyard at #HHTHYorkRegion – our longest running tournament! ? . . Together, we raised over $200,000 to shutout youth homelessness ?

How you can get involved!

There are multiple ways to show your support for Hockey for the Homeless. Whether you want to play in the tournament or support from the sidelines, you can sign up or make a donation online. Check out their website here.

If you want to know more about Alair Homes Aurora, schedule a consultation with us today.